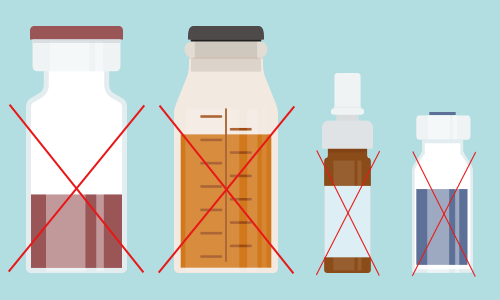 New research shows the ingredients found in the most common head lice shampoos have been linked to behavioral difficulties in young children.

A team of French researchers investigated whether prenatal or childhood exposure to pyrethroid, a group of synthetic chemical insecticides, had any impact on neurobehavioral development. Pyrethroid is found in common head lice shampoos such as Rid and Nix.

The study established a link between pyrethroids and behavioral disorders in children. It found that higher levels of a certain pyrethroid in the urine of pregnant mothers was associated with a heightened risk of “internalizing” behaviors in their six-year-olds, such as being anxious and withdrawn.

It also found that levels of a different pyrethroid in the children’s urine samples was associated with a greater risk of “externalizing” behaviors, such as being defiant and aggressive. Children with the highest levels were around three times as likely to display abnormal behavior.

The results of this research reinforce another study published in 2015 by doctors at Cincinnati Children’s Hospital Medical Center, which finds an association between pyrethroid exposure and ADHD hyperactivity and impulsivity in adolescent boys.

Another 2015 study by a consortium of scientists led by a Rutgers University research team finds associations between the synthetic pyrethroid deltamethrin and ADHD. Other recent research on pyrethroids and children have found significant neurotoxicity concerns. University of California Davis’ long-running CHARGE study investigating childhood autism risks determined that living near a farm field where pyrethroids are applied during a mother’s third trimester corresponds with an 87% increased risk of having a child with autism.

If you want a natural solution for getting rid of head lice, our non-toxic head lice products are the best option on the market. We also offer an effective head lice prevention spray to keep lice from spreading to your family in the first place. All Pediatric Hair Solutions products have been clinically tested and contain no harmful chemicals.